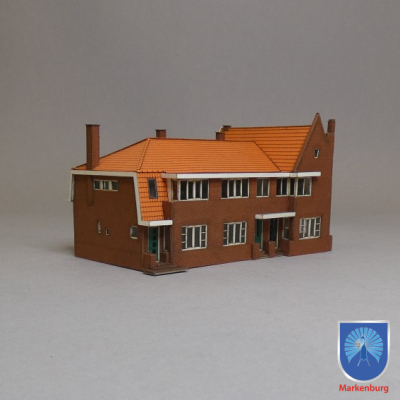 Background information:
This row of 3 houses was built in 1927. Entirely according to the then modern and fairly widely developed building style standards of that time. An architectural style that has remained popular in all subsequent periods. Original 1930s houses, as it is called in the brokerage. At the time, the appeal of the houses was already due to various factors. Think of architectural style, nearby sports fields and centrally located between Amsterdam and Amstelveen. But not the Zuidas, which is now within cycling distance. Because, like several aspects in the area, they are of a much later date. The position near the water already existed from the start, which also explains the house numbering of this row. This row of houses is now available at Markenburg in the situation around 2020. (remodeled) And with this version also in much more original condition around 1930. In the original condition we find single glazing in the actual situation. Usually in small glass surfaces because that was considered beautiful and easier to make. The fact that the windowframes were a lot more laborious in the production phase made less difference than it does today. After all, at that time material was more expensive than hours. Today it is often the other way around. We also see plenty of chimneys, modest well-placed dormer windows and many other details that bring us to the statement: "function follows form". Either how it looks is more important than how it can be used.

Architectural details:
Although the row has been extensively renovated on numerous points around 2020 and the statement "Form follows function" is becoming increasingly prominent, this is not yet the case in the original construction. Neat, undisturbed roof lines extending over the gabled roof, of house number 52, gracefully connect the front, side and back of the houses. Elegant planters next to the front doors accompany the brick steps and also subtly connect the front gardens with the houses in an almost natural way. Chimneys were necessary. After all, the heating was done on wood, sometimes peat and otherwise coal. Because gas was still something unknown around 1930 and heat pumps even more so. Where possible, the chimneys were placed at the back of the roof so that they were hardly or not visible from the street. However, that was not always possible. Like with house numbers 50 and 52 in this case. But then an elegant version was designed that reinforced the overall design and therefore hardly stood out as a chimney. Also there: "function follows form". 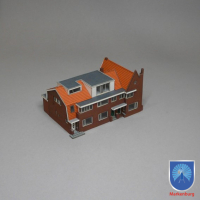 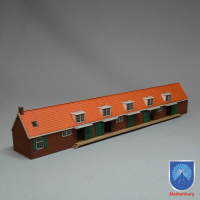 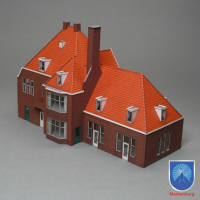 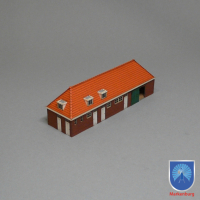 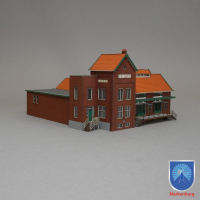