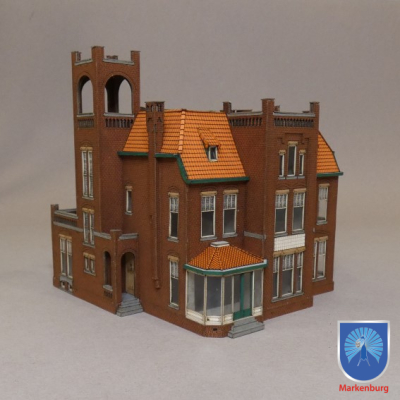 Background information:
In 1899, the design and construction of a stately mansion on Stationstraat began. It had to house a general practitioner's practice, and also provide the living quarters of the general practitioner's family.
More than 120 years later, a lot has changed. It has been a national monument since 2002 and it is now located on the Leenderweg. A relatively small change because only the street name has changed. The building function is no longer a general practice with a home, but has been a notary's office for several decades. As a result, the residential function has ceased to exist. Only minor changes have been made to the building. For example, a chimney has been partly removed, with a large capstone blunting the remainder. And where once there was a window, a door has now been realized including a ladder and ramp for the disabled. The name of the building is now painted in graceful 1920s style letters on the facade. But the original blueprints show a different name, on a tile tableau, in a different place on the facade.

Architectural details:
With influences from the architect and urban planner Berlage, as well as countless influences from Jugendstil, a lot of effort has been put into design, both inside and out. The stately building has a main entrance on the west side in a masonry portico with a bone vault. Right next to it we find the stairwell that largely finds its place in the volume of the tower. The main entrance, the stairwell and by far most of the other rooms in the building open onto the octagonal central hall, which fulfills its function on both the ground floor and the first floor. Daylight shines into the actual building through the skylight and then down through a richly detailed Art Nouveau stained glass window on the second floor. The Markenburg model does have all the richly detailed stained glass windows that are visible from the outside. The masonry is not exuberant in nature, but it is complex in various places due to the battlements, semicircular arches and segmental arches. That combination already applies to many architectural aspects of this building.

Markenburg has developed this mansion in a model based on the situation around 1900, on the basis of the original blueprints and photographic material from that time.

Note: In assembling this model is precision and experience is desired. This applies in particular for the scale 1:160. 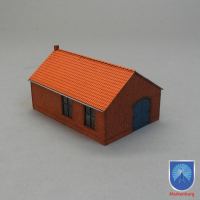 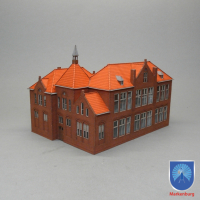 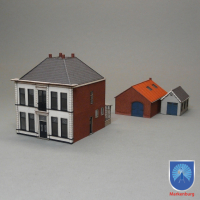 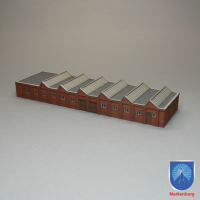 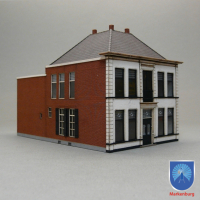