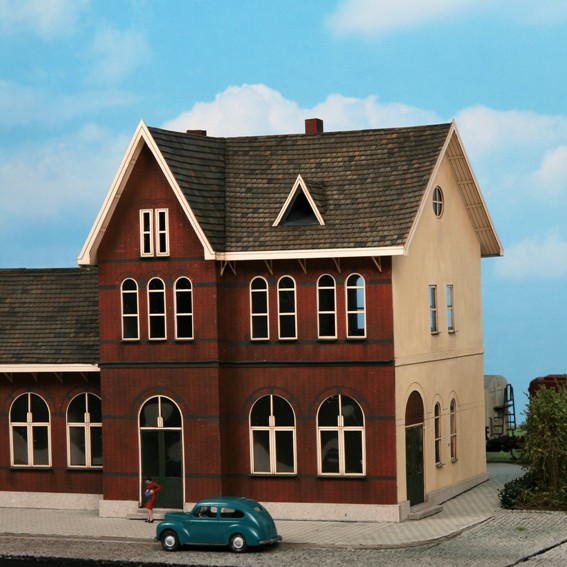 In just a few months part-time efforts Jan Hein Ruijgrok and Leo Bettonviel have built a beautiful diorama, using Markenburg products. Jan-Hein and Leo have chosen to "kitbash" the station and to further enliven the buildings by polluting and, for example, painting the tile roofs per pan. In reality, the entire area has been demolished, except for the tenement for the signalman. But in this way, past times come back to life. 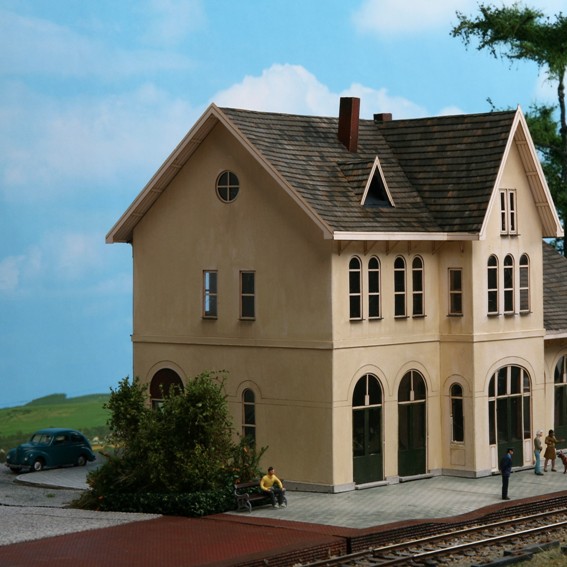 The station building in particular is a special piece of work, given that it is "kitbashed" from Wolfshoek station and Waspik station. The actual Vlijmen station had in the time that Leo and Jan-Hein wanted to portray a few stucco and some "clean" masonry facades.

Drunen Wolfshoek Station consisted entirely of masonry, Waspik Station was damaged by a fire in 1899, after which local officials decided to plaster the partly blackened facades. The Markenburg models together therefore have the right ingredients to build the Vlijmen station entirely to reality around 1940. 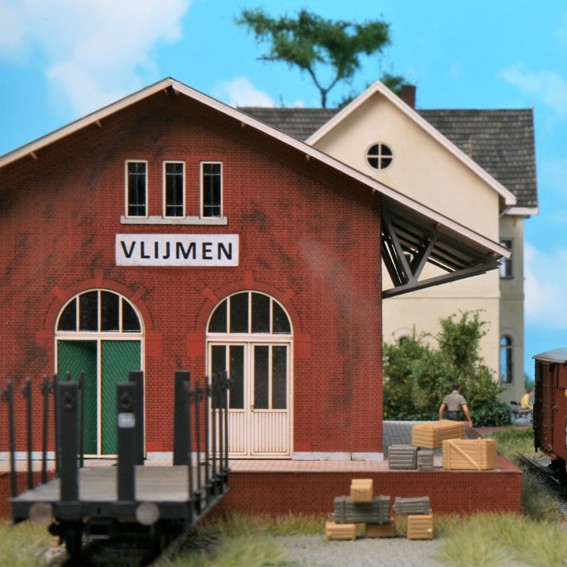 Along the so called "halve zolen" railway line there were various Merchandise Booths near station yards. Most were built from a standard drawing. Although there was still room for diversity in façade openings and the length of the building in the number of segments.

The Vlijmen booth was a 3-segment building. As well as that of Drunen Wolfshoek station. Leo and Jan-Hein have polluted the booth and provided it with the characteristic painted nameplate.

With a little extra effort, one of the doors has also been left ajar. Some goods and lush growing grass further complete the surrounding area. 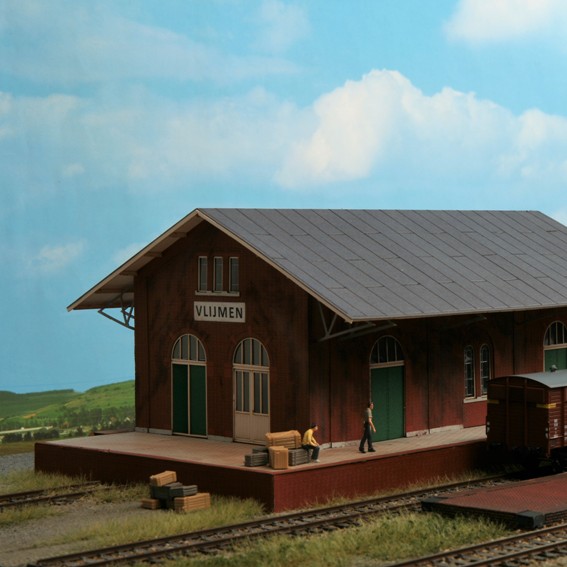 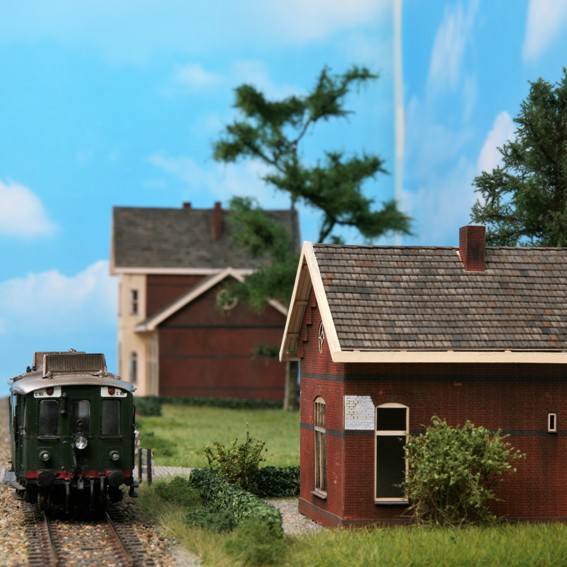 In reality, there have been 46 Tenements for the signalman on the Langstraat railway line. (Or so called "Halve zolen lijn"). Around 2020 there are still around 15 of these buildings left. In the area of Vlijmen there is currently still 1 left. In the diorama of Leo and Jan-Hein we see the Tenement for the signalman coming back.

In fact, signalmans homes had a number that was painted on the facade. By painting the number on a white contrast surface, the markings were visible from a fair distance.

However, many historical photos show that the numbers were not extensively maintained. The paint often fell literally off the walls. That is also very nicely simulated in the diorama. The "Speklagen", horizontally applied brickwork layers in a different color, usually ocher yellow or dark gray, have also been painted in the model.