New this month are the first modular parts of our new theme “passerelle”, which can be found in the infrastructure category. That indeed means that there are even more modular elements for the passerelle on their way. These will enrich this theme in the coming months. Manuals and the “explanation modular passerelle” can be downloaded from all product pages. This is particularly useful for those who want to learn more about the construction methods, want to calculate with concrete dimensions or want to delve into how the modular system works. Below we discuss the 1: 1 situation of the passerelle. Because Markenburg products are usually taken directly (1 to 1) from reality, but in this case based on an extensive analysis of various actual examples.

The originally French word passerelle is used in the Netherlands to indicate a footbridge. And that comes very close. Cyclists are tolerated on a footbridge, but only if you have your bicycle on hand. Motorized traffic is in any case not allowed on a passerelle. The construction is usually too light for this and the entrances are in many cases stairs, lifts and escalators, so that the passerelle is only attractive for pedestrians. But once a definition is made, there are always exceptions that confirm the rule. Such as Breda Prinsenbeek, where ramps have been added to the footbridge and bicycles and mopeds are allowed. Many passerelles in the Netherlands form a connection between railway platforms themselves, such as on Rotterdam CS, or a connection over a number of tracks without connecting platforms, such as on the south side of Utrecht CS and just south of station 's Hertogenbosch. The passerelle more often forms a combination of connections between platforms and surrounding public spaces, such as at the Dieren, Dordrecht, Hoorn and Zaandam stations.

Lengths and widths.
The length of a passerelle is often determined by what has to be bridged. Sometimes these are just a few tracks, four in the case of Rotterdam Stadium, but that can also be much more, such as 2 tracks, a ditch with associated embankments and 10 lanes for road traffic, in the case of Haarlem Spaarnwoude. The width is largely determined by the daily supply of pedestrians. It is therefore not surprising that with approximately 90 meters Utrecht CS is in fact the widest passerelle in the Netherlands, so wide that the term “terminal” might fit better. The very wide passerelles usually owe their width to the multifunctionality of the bridging segment. This also proves the situation at Heerlen station. With a width of almost 60 meters, this is partly due to the addition of shops and houses to the spanning section of the passerelle. In less busy situations we also see that the width of the passerelle decreases. The passerelles by Geldermalsen and Lage Zwaluwe are excellent examples. (with a width of approximately. 3.5 meters each.)

The time when the passerelle was built.
The passerelle, also in combination with stations and platforms, is not a modern invention. The signal box with walkway from 1928 is still standing in Groningen. Both are currently no longer in use, as far as we know. And in Maastricht they built their current passerelle in 1983. This is still in use. Both examples are examples of times with smaller passenger numbers and times when the technology came before the user's experience. Many passerelles have been replaced and enlarged / widened over the years. In Woerden this happened around 1994. Nowadays passerelles are mainly made of glass for better orientation and a safer / lighter experiences. The width increases with larger numbers of travelers. Broad modern passerelles more often house kiosks and areas for vegetation. This again for a higher experience value for pedestrians. A good example of this is the passerelle of station 's Hertogenbosch, built around 1998 and approximately 16 meters wide.

But why a Passerelle?
When the numbers of pedestrians and / or the number of intersecting vehicles (cars and trains) become too large to safely cross on the same level any longer, a grade-separated crossing becomes worthwhile. The Boxtel passerelle, for example, mainly concerns the large number of trains that pass by every day. After all, the number of crossing pedestrians, mostly travelers, is not that much. Another factor is that the tracks / lanes must be at ground level or even slightly deepened. Although the location at ground level is most common, we see a good example of a sunken location at the footbridge of Nijmegen Heyendaal station. When tracks are above ground level, an underpass becomes more interesting, so that in those situations we never actually find a passerelle.

In summary, we can quickly name more than 20 Dutch examples. We also find many examples in our neighboring countries. Take, for example, the two passerelles integrated under the main roof of Liège-Guillemins (B), the mostly concrete example of the Namur (B) station. The complex example in Hamburg HBF station (D), or the well-connected but unobtrusive example of Leuven (B) station. And no matter how many passerelles we list, by attuning to the location-specific properties, we can conclude that not one passerelle is identical to another. 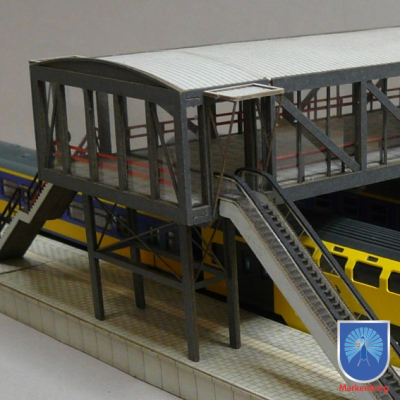 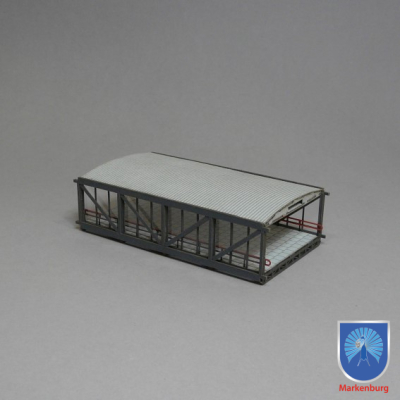 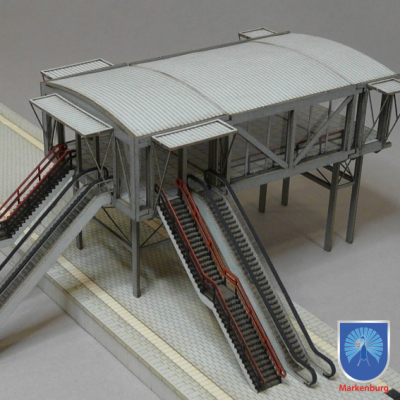